Why young players are dominating world

in Online Poker, Poker News by Joshef on December 31, 2011 Why young players are dominating world2015-05-21T05:40:23+00:00
Two weeks ago, 22-year old Pius Heinz won the 2011 World Series of Poker Main Event. He became the most recent 20-something champion to take down the prestigious title. With the recent string of “barely legal” Main Event champs, one has to wonder if anyone over the age of 25 will ever win the title again. Also, why are the younger players dominating so frequently? Here are a couple of things to consider.
Younger Players Dedicate Their Lives to the Game
Frequently you read stories on online news sites talking about young players coming up and playing 60+ hours a week on a regular basis and having poker consume nearly every waking moment.
Younger players have the ability to allow poker to dominate their life in this fashion more so than players in their late 20’s, 30’s, and beyond. After 25, more and more people are establishing families, careers, and have other interests outside of poker. For players to become and stay truly great, they have to let poker dominate their lives. Younger players are able to get away with this more often than older players.
Younger Players Accustomed to “Modern Era”
Players just now becoming of legal age pretty much only know poker as it is currently played. They may have the knowledge about how poker play used to be, but those modes of playing are not ingrained into their brain like they are in older players. Many older players have trouble adjusting to the ever-changing styles of today’s younger players. Younger players adapt to the changes because they are always changing their style. Adapt or die sounds cliche here, but it is appropriate.

Better Concentration, Stamina, and Better Nerves
The other reason is the typical advantage that younger players have over older players. They are stronger, able to last longer during long days, and the ups and downs of the day to day life of being a poker player are tolerated better. Even players like Phil Galfond have admitted they don’t have the same nerve they used to when they first were coming up in the game. This allows many players to play without fear and makes them forces at the table.
If you look at any list of online poker rooms and their pros, you will notice that the majority of them are becoming younger and younger. The face of poker’s elite is becoming younger, much like the game. While players of all ages will continue to play, and play well, the young will continue to dominate large events like the WSOP Main Event for a long time to come.

http://resipsapoker.com/why-young-players-are-dominating-world.html2015-05-21T05:40:23+00:00JoshefOnline PokerPoker News
Two weeks ago, 22-year old Pius Heinz won the 2011 World Series of Poker Main Event. He became the most recent 20-something champion to take down the prestigious title. With the recent string of 'barely legal' Main Event champs, one has to wonder if anyone over the age of...
Joshef [email protected]AdministratorResipsaPoker 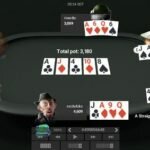 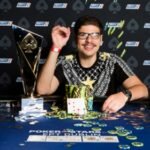 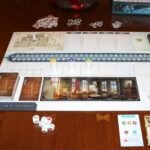 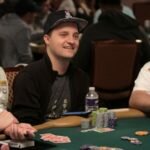 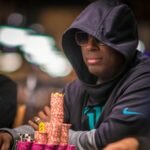 Stars Rewards From July 6 up to 85% less cashback 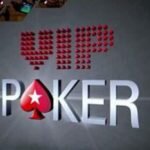